Wellington, Fla. – April 1, 2021 – A day full of personal bests, the final week of dressage competition ramped up Thursday afternoon with the CDI4* Grand Prix. Nine riders entered the international ring at the Adequan Global Dressage Festival for one of the last times this season in hopes of qualifying for Friday’s CDI4* Grand Prix Special. While there were multiple new high-scores achieved during the event, none could top American’s Adrienne Lyle performance aboard fan-favorite Salvino.

Betsy Juliano’s 14-year-old Hanoverian stallion, who has been absent from the show ring since February 2020, returned to competition hungry for a win. After having not shown at AGDF at all this year, the seasoned competitor waltzed into the ring showing off his expressive movements, racking up multiple scores of 9 for his piaffe-passage tour and even one 10. The duo laid down an impressive round walking away with a whopping 80.065% dominating the rest of the field.

One of this season’s leading ladies, Olivia LaGoy-Weltz, secured a second place finish this afternoon aboard her and Mary Anne McPhail’s 14-year-old Danish Warmblood gelding, Rassing’s Lonoir. As one of America’s top riders, LaGoy-Weltz is no stranger to the podium and stayed consistent, laying down yet another solid performance. The pair, who have already seen personal best scores this season during Week 8’s Grand Prix Freestyle CDI-W managed to pull it off once more superseding it with a new high score of 76.152%.

Naima Moreira Laliberte, who competed as part of Canada’s CDIO3* Nations Cup team just two weeks ago, laid down her best performance of the season. Having been shut out of a podium position throughout the weeks, Moreira Laliberte and KML S.à r.l.’s 14-year-old Hanoverian, Statesman, set the record straight with a third place finish and a Grand Prix personal best score of 72.5%.

International competition continues Friday, April 2 with the CDI4* Grand Prix (for the Freestyle) and both 4* divisions return for their second test Saturday, April 3. The 2021 Adequan Global Dressage Festival comes to a close on Sunday, April 4.

FROM THE WINNERS CIRCLE


“He felt amazing — he just never ceases to amaze me. That horse has a bigger heart than any=animal on this planet. He’s proven time and again that he’ll be there when I need him to be there if we just listen to him and don’t over do it. Last year we waited until later in the season to come out and it worked, so we decided to wait again this year. So far we are off to a good start and hopefully we can put in a few more good performances. He felt really fit and fresh. He was squealing going around the outside. He’s fiery and hot, and I like him to be in that place where he’s really excited to go in there.”

“I actually started crying after the ride which I usually don’t ever cry in my life so that’s unusual for me. He didn’t put a foot out of place and he’s so amazing. I could tell he’s excited and fresh, we haven’t been in there in a year and when we go down centerline he’s still so focused and knows it’s time to put everything aside and be there for you. There aren’t many horses like that for you to sit on in your life, so I feel really lucky.”

On staying mentally fit when out of competition:

“I’m really lucky because I have two Grand Prix horses. I don’t feel as rusty as I would have if I had been sitting out for a year. I think I would have felt less prepared if I didn’t have [Harmony’s] Duval. We’re currently ranked fourth and doing amazing, so I’m so lucky to have two horses. With Salvino, Debbie [McDonald], Betsy [Juliano] and I are all on the same page in knowing that less is more with him and you have to stick with your gut. It’s hard sometimes when you’re sitting at home and you’re still six months from a show but you want to be practicing stuff. You have to tell yourself to just keep him fit and happy, and he’ll be there when you go to the ring. So far it’s proven true.”

On her plans for the summer:

“We’re planning on going to Tryon for the newly upgraded 4*, then if that goes well, hopefully we will be named to the shortlist for the selection trials. For us, that’s here so not a lot has to change for him which is nice. It’ll be a good test because it’s going to be in heat that is similar to Tokyo. That’s one thing we can have an advantage with over some of the other European countries, so I think it’s smart to utilize that. We’ll just keep it the same with him, if he stays honest like this, we’ll just touch on little things at home. He goes hacking, on the aqua-tread, and we just mix it up. Just trying to keep him happy.” 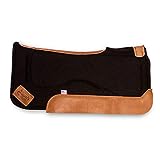 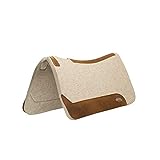 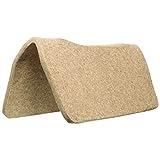